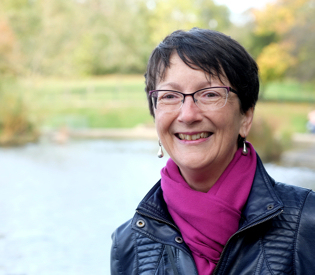 People often think that I "tell" clients what to declutter. That there are certain things that must go during a decluttering session. This is not the way I operate at all. However, I confess, sometimes I do gently adopt the role of 'Devil's Advocate'. 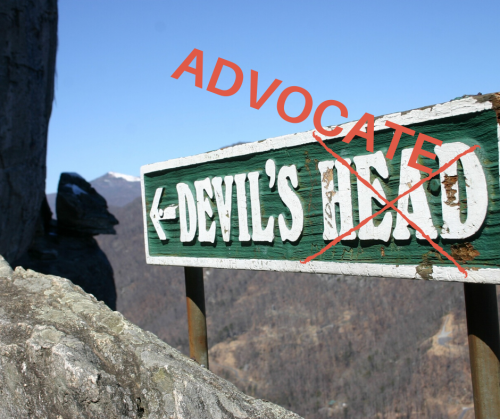 I figure a client hires me because they absolutely want to declutter. That's the starting point. However, by the time I get to meet my client for their one to one appointment sometimes they may have got cold feet to some extent. It's not uncommon and it's not unreasonable. For every person I meet who says "I can't wait to get started!" there are two or three who sound a lot more hesitant, despite their initial enthusiasm.

We always make a start in an area that has been causing the client a lot of stress due to the level of clutter. Usually it's quite easy for them to identify a few things that can definitely "go". Don't forget, people have probably been building up to this moment for quite some time.

Once the first few decisions have been made, it often begins to feel easier. There is a sense of release, of freedom, perhaps? The client begins to feel lighter and with that comes more enthusiasm for the process, so progress speeds up.

That all sounds great, doesn't it? Sometimes though, progress grinds to a halt!

At some point during the process it's likely that we stumble upon something that puts a spanner in the works. The rhythm of looking, feeling, deciding, and decluttering, grinds to a halt. Often my client is motionless, clutching something and not saying a word. This is my cue to just give them a few minutes to process their thoughts and feelings. They might say, "I don't think I can get rid of this".  My initial answer would be that of course they don't have to get rid of anything unless they want to.

If the client genuinely wanted to keep this particular thing then they would put it to one side and carry on the decluttering process with other items. Often though, that doesn't happen. The person seems 'stuck' in some way. Unable to decide what action to take.

This is when I would ask them to tell me a bit about this possession of theirs.  Nine times out of ten there is a quite a story attached to this particular item and it's rarely one that feels positive and uplifting. There is a sense of guilt sometimes, maybe also of obligation. This thing, whatever it is, should be kept. That's how it feels to the client.

My experience is such that I have a gut feeling for when it is better that someone declutters something, despite their initial resistance.  I must emphasise however, that I would never force anyone to decutter against their wishes.

When someone is stuck like this I often play Devil's Advocate. I ask my client to imagine how they might feel without this thing in their space. I remind them that it is for them to choose what they keep in their home. I may even offer some insight around the story they shared. Then there will be a look on their face, that appears suddenly. A realisation that at last, they are in control.